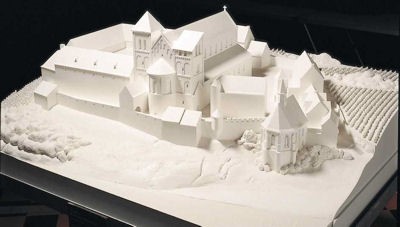 The eastern cellar entrance of the building is a richly ornamented portal of the monastery from the late 15th century, whose original location is not known. Several historical vaults have also been preserved.