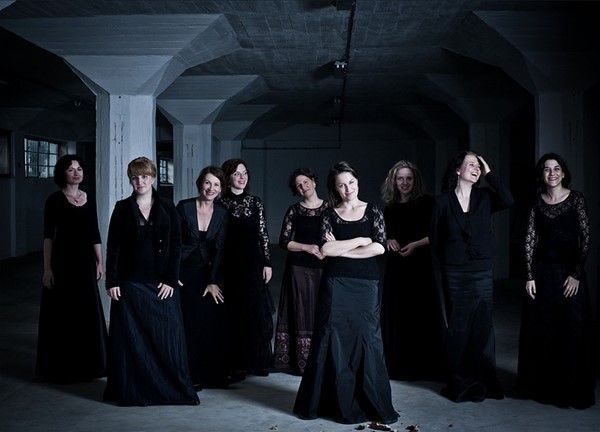 The women's vocal ensemble from Prague (founded in 2008) has committed itself the goal to revive a wide range of medieval music in harmony with current knowledge about historical performance practices and language declamation.

In the eleven years of its existence Tiburtina has already participated at numerous major festivals in the Czech Republic, Slovakia, Germany and Belgium.

Maria songs, which King Alfonso The Wise of Castile (1252-1282) has put together in a famous collection, testify to a fascinating culture of the Late Middle Ages, to which Christian, Jewish and Muslim traditions have contributed equally. The ensemble Tiburtina arranges these pieces like a dialogue between two female voices, enriched by two harps, a dulce melos and percussion instruments. The nuanced interpretation has its source in the unison singing and the music of the troubadours, which here experiences a ravishingly embellishment by Arabic ornaments and improvisations.