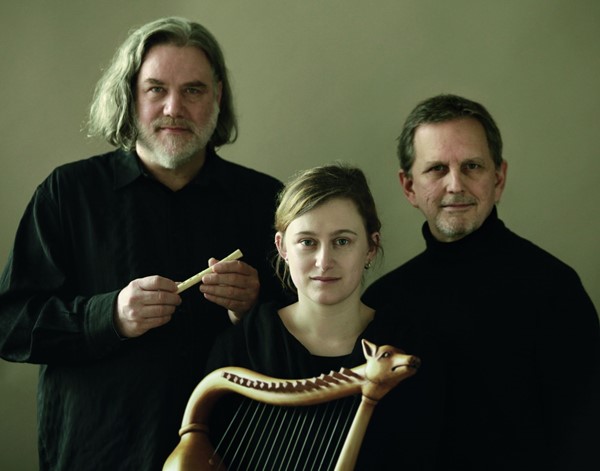 Benjamin Bagby is one of the most well-known representatives and co-founder of the international early music scene. Between 1982 and 2013 his ensemble Sequentia has - for the very first time ever - released a recording with the whole work of Hildegard von Bingen in 9 CD's (with almost 12 hours of playing time) and thereby has been establishing new standards for the contemporary performance of her compositions.

In addition to his distinct concert and lecture activities Bagby teaches inter alia at the Paris Sorbonne. The current program of his Sequentia trio (with Norbert Rodenkirchen (flute) and Hanna Marti (vocals, harp)) "Monks singing Pagans" is dedicated to the often overlooked pagan-ancient and Old Germanic traditions, which have been fostered behind the walls of monasteries like liturgical chants in the Worship did belong to the every day reality of early and high medieval monasticism. An impressive testimony of this is provided by numerous relevant monastic manuscripts (such as the famous Carmina Burana or the Merseburg magic spells), which also provides the basis for the reconstruction of their musical performances.