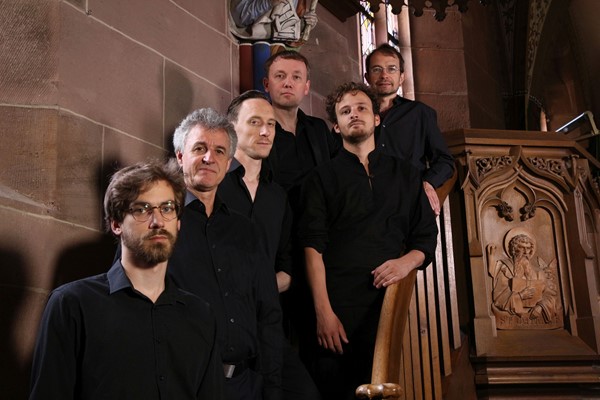 The ensemble Ordo Virtutum has been founded by the musicologist Prof. Dr. med. Stefan Johannes Morent as a special ensemble for medieval music, which ranges from a small chamber music ensembles to scenic music theater (included "Ordo Virtutum" by Hildegard von Bingen). The aim is the connection between interpretation and musicological research in order to open up access to the musical world of medieval Europe. The ensemble performs regularly at international festivals in Europe, USA and Australia, where the press has highlighted "the artistic mastery of vocal and instrumental performances". In cooperation with the SWR, several television productions have been made. The current program is the result of years of scientific research and reconstruction work: When the Reformation has been introduced in the 16th century and many monasteries have been dissolved, also their choral manuscripts was doomed. The precious parchment, on which the chants have been recorded, has now been 'recycled' as a stable cover material for document files. Thousands of choral manuscripts became book covers. For centuries, they were stored as fragments in the archives. After elaborate reconstruction work Ordo Virtutum has breathed life again for the first time into this lost witnesses.