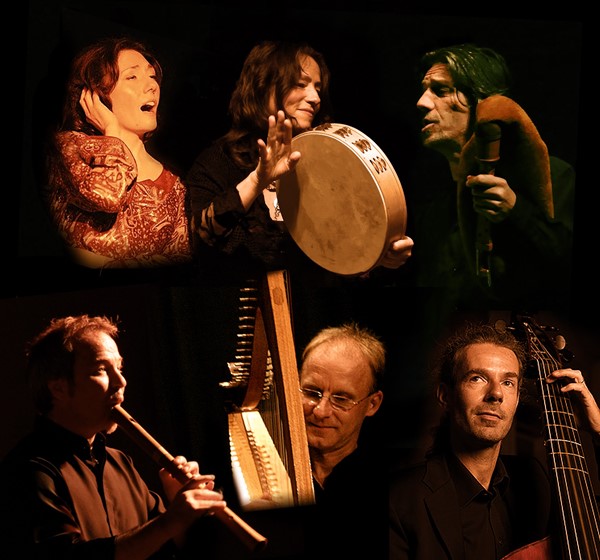 The ensemble Oni Wytars exists since 1983 and since then dedicates to the study of the interrelationships and mutual influences of the art music and popular music of the Mediterranean countries: The focus is on the research of the sounds of the Italian Trecento, the pilgrim songs from Catalan and Spanish manuscripts of the 13th and 14th Century and the melodies and the passionate poetry of the troubadours and trouvères.

The result is a Mediterranean sound cosmos of rhythms, melodies and improvisations in the ensemble's concerts. This also applies to their program "Stupor Mundi", which makes the unique courtly culture at the Sicilian royal court of the great Hohenstaufen Emperor Frederick II (1194-1250) come alive with all senses.

Oni Wytars is a regular guest at major European festivals (including Tage Alter Musik Herne (D), MusikTriennale Köln (D), Voix et route romane (F), Espazos sonoros, Santiago de Compostela (E)) as well as at Canada and Dubai. In the summer of 2007 TV-channel WDR accompanied the ensemble for a month to several concerts and did produce an approximately one-hour TV reportage "Oni Wytars - Musical Wanderers between Orient and Occident" which has been broadcasted at several European TV channels. -