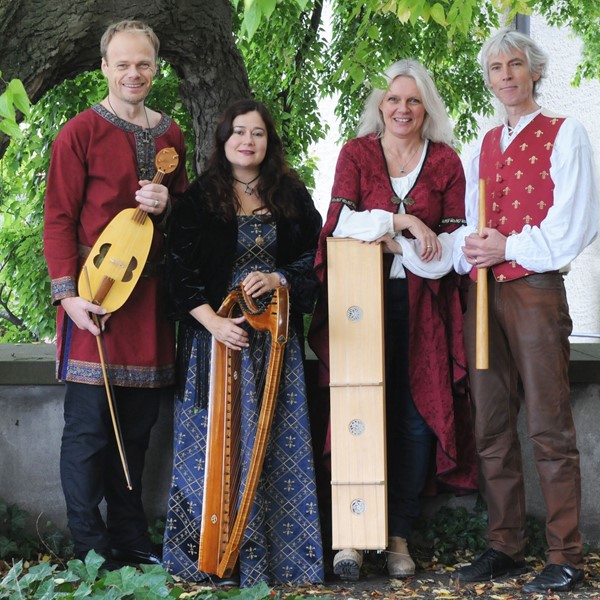 In 2009, Arianna Savall, daughter of the world-famous Catalan musicians Jordi Savall and Montserrat Figueras, founded the Hirundo Maris ensemble, which specializes in ancient music from the Middle Ages to the Baroque and in their own compositions and early fusion. The focus is on the intention to combine Mediterranean and Nordic music: Like the swallow, which gives the ensemble its name, the ensemble finds common ground over the sea and the music, which have linked Scandinavia and the Iberian Peninsula since immemorial time. Hirundo Maris is performing at numerous music festivals throughout Europe, included Stanser Musiktagen, Cologne Festival for Early Music, Jazz in Church Bucharest. Beside Hildegard-Songs their current program also offers contemporary enriched and with elements of world music (Nickelharp, Sitar) interspersed meditations that allows completely new approaches to the works of the great medieval visionary Hildegard von Bingen.